Earlier this year, New York City started testing a from […]

Earlier this year, New York City started testing a from Evolv Technologies at City Hall and Jacobi Medical Center in the Bronx. Mayor , who has said he came across the system on the internet, has been talking up the tech for months as a way to help combat gun violence. Now, it has emerged that two people who donated $1 million to support Adams’ mayoral run work at companies with investments in Evolv, as the  first reported.

, Citadel held 12,975 shares in Evolv, a publicly traded company. It holds another 89,900 for other investors as call options. Jane Street held 76,570 shares as of May 17th. The stock held by all shareholders 143.4 million, so both firms own a relatively small chunk of Evolv.

A spokesperson for Adams told the Daily News that the mayor didn’t recognize the names of Griffin and Granieri and wasn’t sure whether he’d met with them. The spokesperson said that before a pilot of Evolv’s system started at Jacobi Medical Center in February, the tech was being used at other city hospitals.

NYC has using the AI weapon detection technology in transit systems, particularly following on a subway train in Brooklyn last month. As notes, Evolv charges between $2,000 and $3,000 per scanner per month for a subscription. Installing one at every subway entrance and paying staff to operate them would cost hundreds of millions of dollars per year. Given the costs, it’s unlikely that the scanners would be ubiquitous.

The effectiveness of Evolv’s system has been brought into question too. While the company has not publicly disclosed its false positive rates, it has acknowledged the issue in promotional materials.

Screenshots in obtained by indicated that in one three-month stretch, the system scanned 2.2 million people and there were more than 190,000 alerts. The vast majority of those were for harmless objects like umbrellas, strollers, eyeglass cases and laptops. In that scenario, only 0.8 percent of the alerts were for actual weapons and just 0.1 percent were for non-law enforcement guns. However, Evolv has claimed that the data in the screenshots is “fictitious” and is “from a demonstration account.”

A report by surveillance tech trade publication IPVM earlier this year that Evolv’s full-body scanners were misidentifying other objects as potential weapons, such as . IPVM director of operations Donald Maye told the Daily News that Evolv’s system has a false alert rate of between five and ten percent at settings such as sports stadiums (which lines up with data shown in the disputed screenshot). Maye suggested that the false positive rate would actually be higher at subway system scanners and lead to “secondary screenings” with cops searching commuters.

All products recommended by Engadget are selected by our editorial team, independent of our parent company. Some of our stories include affiliate links. If you buy something through one of these links, we may earn an affiliate commission. 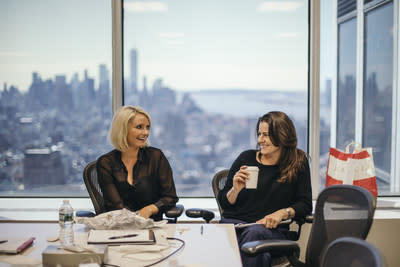