I remember as a child, being allowed to stand on […]

I remember as a child, being allowed to stand on a stool in the kitchen ‘helping’ my mother with making pastry, covered in flour (and being allowed to actually have one of my pastry ‘shapes’ baked), or just rooting through her drawer of kitchen tools, and it made me think of how many of these old tools have stood the test of time, or could even be useful again.

Butter paddles were in her collection and were two wooden paddles with grooves cut lengthwise down each one. For special occasions, a block of butter would be cut up into small equal squares and tediously one by one placed between the paddles and made into a ball by rolling the paddles in opposite circular motions. I wonder if this was a fancy way of rationing the butter during or after WW2.

Spong mincer – this was a heavy metal device she would screw on the edge of the kitchen table or counter (no fancy suction cups in those days), with the breadboard wedged on top so the clamp didn’t mark the table! Used for mincing stuff – usually the left-overs from Sunday roast to be made into mince for a Shepherd’s Pie on Mondays. Flex your muscles and crank the handle hard! It had a selection of different cutters for mincing different things, I don’t remember what the others were for, because I never saw them being used.

Metal chip cutter – a peeled potato would be placed into this heavy duty metal device, and a lever pulled down, like some mediaeval torture machine, and lo and behold, perfect chips would emerge from the other end!

Nest of cookie cutters – if I remember rightly, these were usually for cutting scones into equal shapes after the dough was rolled out. There were three different sizes, always kept together with a piece of hairy string!

Hand whisk – this had two small beaters and a wheel that you turned manually to make the whisks circulate. You would die of exhaustion trying to make egg whites into meringues.

Metal ice tray – to get the ice cubes out, it had to be carefully floated on top of a bowl of hot water to warm the metal enough that the ice started to melt, then you would get frostbitten fingertips trying to get the fiddly things out.

Wire slicer for eggs. Eight or ten lengths of wire in a frame you pushed down over a hardboiled egg to slice it – sliced eggs were a staple on salads in those days, or in a sandwich – with lashings of salad cream. 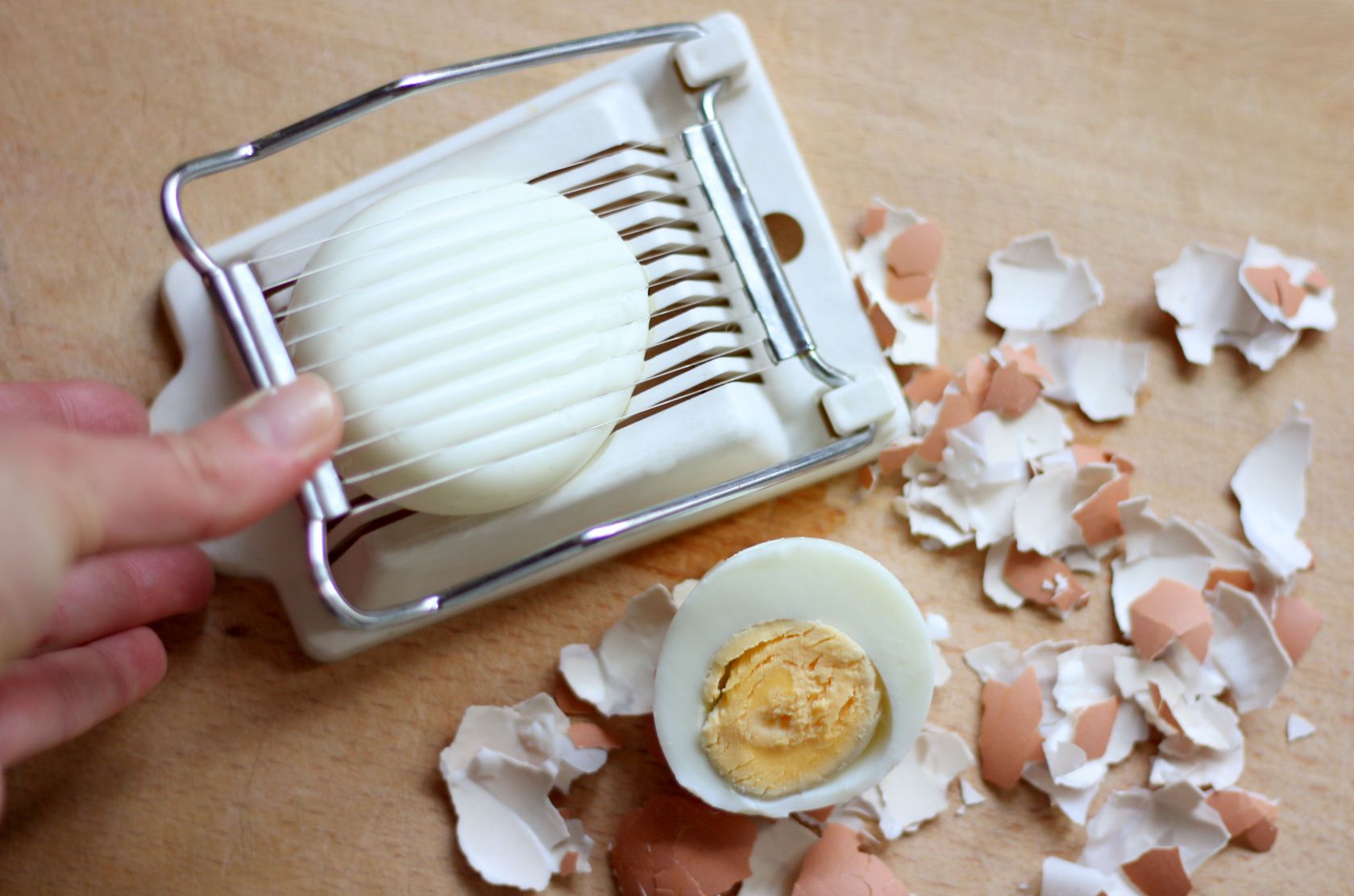 Sugar ladle – there was always a sugar bowl with a curvy little spoon sitting in it, just for ladling sugar into your tea, so your stirring spoon didn’t make beige lumps in the sugar bowl.

Melon baller – you can still get these, like a miniature ice-cream scoop, different sizes on each end of the handle, for making melon balls for fruit salads. 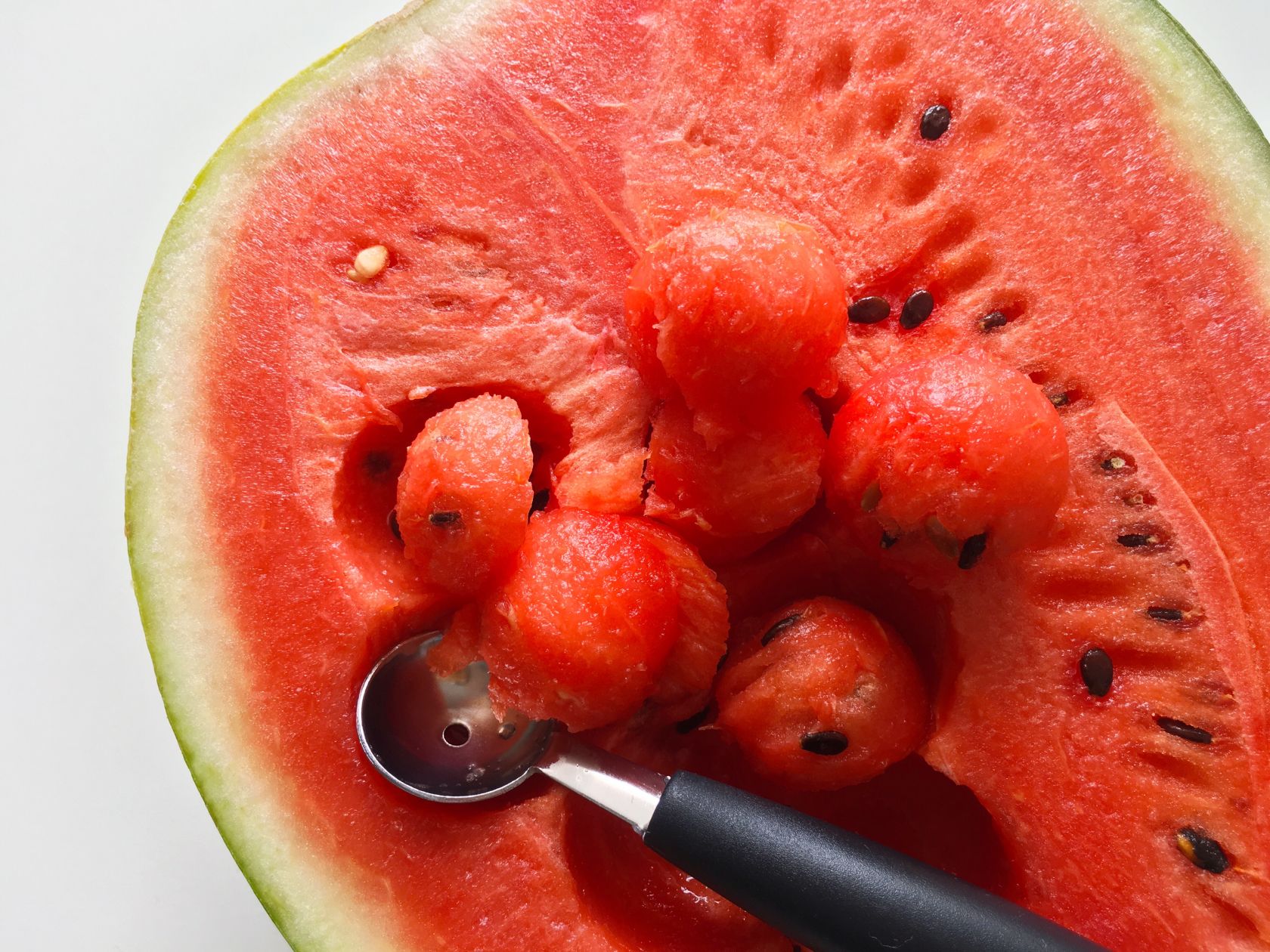 Egg separator – these have been updated into an easier device nowadays, but you can still get the original style. It was a metal device with a handle and a sort of cup strainer you dropped an egg into, and after a lot of gentle shaking and wobbling about, the white would separate and leave the yolk in the cup.

Pie birds – I loved these, and these days antique ones are very much collectors’ items. A small ceramic bird, usually a blackbird, with its beak open, is used in the centre of a pie to prevent the top crust from sinking.

Most of these have been replaced by modern devices these days, or just don’t exist anymore. Novelty items came and went too -a cake breaker was one, it looked like a giant metal comb with long teeth. It was actually meant for cutting delicate cakes like Angel food.

It was hard work being a cook in those days! I wonder how many of today’s inventions will still be around for future generations?

Sun May 8 , 2022
Laptop computers have been a lifeline for thousands of students […]