By Abhik Sengupta: Smartphones in 2022 became more feature-packed, despite moderate growth in shipments. Some of the notable features that became common this year include 5G connectivity, 120W fast charging, OIS-enabled cameras, and 120Hz refresh rate displays. The Snapdragon 8 Gen 1 SoC was also widely adopted, which allowed Motorola to add a 200-megapixel primary camera on the Motorola Edge 30 Ultra. In the Android market, many OEMs have begun promising four years of software updates, while Apple introduced a unique dynamic notch on the iPhone 14 series.

We have already covered the top five smartphones across various price points, but the question remains, which was the best phone of 2022? Honestly, it would be difficult to name the ultimate smartphone for everyone because the budgets are vastly different. Therefore, team India Today Tech and Fiiber voted internally to see which smartphone stood out in the budget (under Rs 10,000), mid-budget (under Rs 20,000), mid-range premium (under Rs 40,000), flagship (under Rs 70,000), and ultra-flagship (above Rs 80,000) segments.

Readers must note that we have taken the current selling price of the smartphone. This means some devices were priced higher at launch; however, they are now available for a much cheaper price in the country.

Originally launched for Rs Rs 12,999 for the lone 4GB RAM + 64GB storage variant, the Moto G32 has been available for under Rs 10,000 for weeks. The price tracker extension on Google Chrome shows that its price was down to Rs 10,999 in November, and currently, it is retailing for under Rs 10,000 in India.

For its price, the Moto G32 is a great choice because it offers a clean Android UI and is powered by a Snapdragon 680 SoC. Its triple rear camera includes a 50-megapixel snapper that can capture decent photos under the right lighting conditions. The phone also has a 5,000mAh battery that lasts an entire day on a single charge, as well as Dolby Atmos-supporting speakers. Overall, it is a good smartphone for elderly customers who want to watch uninterrupted videos on YouTube or browse the web.

Many members of our team also choose the Moto G62, but we settled for the iQOO as it is a decent choice for photos and gaming. Another advantage is that it offers a 120Hz refresh rate, though the viewing experience may irk some customers due to the LCD screen. The iQOO Z6 offers great battery life, though the charging is rated at 18W. If fast charging is your priority, the OnePlus Nord CE 2 Lite 5G offers 33W fast charging.

Many smartphone makers launched a host of attractive smartphones in the Rs 40,000 bracket, making it more difficult for our team to pick the best device.

There was a tough battle between three smartphones, but most of us settled for the OnePlus 9RT (pun intended). On the official OnePlus website, the price of the phone starts at Rs 42,999, though e-commerce platforms have listed the phone for Rs 39,000. Sadly, it may not be easy to find as units could be out of stock.

If you manage to find it, the OnePlus 9RT is a great option, especially for those who enjoy a minimal design. It comes with a Snapdragon 888 5G that can handle loads of intensive tasks. The cameras on board are fairly good, and the charging speeds (65W) are fairly sufficient. The OnePlus 9RT is also eligible for the Android 13 update.

Therefore, be it for work or college students, the OnePlus 9RT can handle most tasks.

The flagship smartphone market in India has been experiencing significant growth, and iPhones are no longer the only dominant players. Android phone makers have continued to introduce premium phones in this price range, providing customers with more options than ever before.

We chose Xiaomi 12 Pro (Rs 55,999) for mainly three reasons: cameras, display, and battery. It is the only device in the segment to feature three 50-megapixel cameras, which take superb photos in daylight and at night. Its 10bit 2K+ curved AMOLED display and Harman Kardon speakers also significantly enhance the movie and YouTube video viewing experience. Lastly, the Xiaomi 12 Pro supports 120W wired charging that can fully charge the 4600mAh battery in 25 minutes.

However, the flagship category saw a close fight between Samsung Galaxy S22 and Pixel 7 as well. Both devices promise a minimum of four years of Android updates. In that case, you can pick a phone of your most preferred brand.

Typically, we suggest users go for iPhones when it comes to smartphones above Rs 80,000 for multiple factors such as cameras, software updates, display, build, and features. While the iPhone 14 Pro series still remains one of the best buys, Google’s new Pixel 7 Pro takes the game to a new level. Firstly, the phone is eligible for five years of Android updates, making it the most useable Android phone in the long run. It features a premium design, and the cameras for still photography are highly reliable.

But beyond eye-catching hardware, Google smartphones are known for offering the best-in-class AI and ML capabilities, and the Pixel 7 Pro is also loaded. The phone offers three months of YouTube Premium and Google One subscription, Live Translate, and camera features like Magic Eraser, Real Tone, Photo Unblur, and Guided Frame.

Beyond my team’s votes, I would recommend Galaxy Z Fold 4 5G, if your goal is ultimate productivity. However, the phone is extremely costly at Rs 1.56 lakh, though the experience in the foldable space is unmatched. 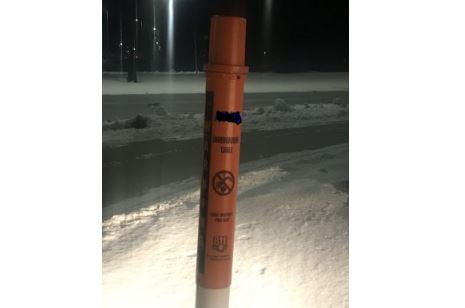