These are the Apple gadgets we think have earned […]

Apple has produced some absolutely iconic products over the years. From laptops and desktop computers, to transformative, genre-creating phones, portable music players and tablets, the firm has been responsible for so many of the gadgets we take for granted today. We’re betting there’s a good chance you’re even reading this article on one of ’em.

Surely that makes it impossible to narrow down the company’s entire output to fewer than thirty? Well we’re going to give it a bash anyway. In no particular order, these are what we think are the 25 best Apple gadgets ever released.

By current Apple standards, the Apple II had all the design panache of a cardboard box. But the Woz’s follow-up to the geek-oriented Apple I would take home computing by storm and production continued, in various permutations, until 1993. Brilliant.

Apple’s first home desktop computer came with nothing – no monitor, no keyboard and no mouse. Of course, those were things to worry once you’d found the barely perceptible power button on the rear panel. It did come with an optical drive, though even that was axed in 2010. Minimalism much?

Apple’s iPod had already changed the world, but not only did the fourth generation bring the touch-friendly Clickwheel to a ‘proper’ iPod for the first time (it debuted on the short-lived iPod Mini), but it offered a future-gazing glimpse of what Apple might do with the introduction of colour. The 2005 5G’s addition of video came as no surprise at all.

When Steve Jobs announced the iPad, it fell on cynical ears. But the accusations of it being a giant iPod Touch named for an Apple-ised feminine hygiene product lasted only until we had it in our hands. At a stroke, Apple invented a new category of gadget and the rest of the gadget world was forced into development overtime in a bid to catch up.

It sold badly (the Power Mac G4 Cube was widely held to be overpriced), but the few architect/design agency sorts who felt its bleeding-edge design and see-through, spherical Harman Kardon speakers merited the mark-up were justifiably smug about their purchase. New York’s Museum of Modern Art agreed.

It may not have been Apple’s first iPhone, but the 2008 update was the first to fully realise the potential of the new flagship iThing. Freed from the shackles of 2G data downloads, the iPhone 3G made mobile browsing a pleasure and opened the doors for a little idea called the App Store.

Apple’s Macintosh hit the personal computing scene of 1984 like a hammer smacking into a great big metaphorical face (if you haven’t seen the Orwellian advertising, it’s worth looking it up on YouTube). It was the foundation stone of Apple’s future: compact form, innovative 3.5in floppy storage media and – most importantly – its graphical user interface. The Mac defined how we interact with modern computers.

If you wanted a laptop you could post, the Air was it. Steve Jobs pulled the first bulimic MacBook from a Manila envelope in 2008, a featherweight, wafer-thin object of desire stripped of its optical drive and most of the ports. It was ahead of its time, but by the time the MBA picked up Intel’s Core i-series processors in 2011, it proved that Apple had the right idea from the off. Except for the postage bit. That was just odd.

Using an accelerometer-packing shoe sensor and iPhone or iPod adapter, the Nike+iPod Sports Kit let you measure your running distance, speed and pace. It kick started a litany of app+accessory add-ons that continues apace, though the usefulness of Nike’s nuggetty pedometer was nixed by the introduction of an accelerometer in the iPhone.

The 2008 iteration of the MacBook Pro established the unibody housing wrapped around its slick island keyboard. Its touchpad incorporated the multi-touch gesture control pioneered on the MacBook Air. It had the grunt to act as a workhorse for creative professionals and the looks to make regular ‘promotional consideration’ appearances on the most expensively-produced TV shows. No wonder everyone still wants one.

The Apple Mouse neatly sums up Apple’s approach to tech. It wasn’t the first mouse to hit the market, but Apple’s exhaustive R&D process created a breathtakingly simple device that redefined the way we interact with computers. It was stripped-back and simple – almost to a fault, as Apple users spent the next two decades begging Cupertino for a second button.

Officially standing for ‘Local Integrated Software Architechture’, Lisa was also the name of Steve Jobs’s daughter. It was the first commercial computer to rock a graphical user interface and brought us out of the command line-driven Stone Age.

The iconic iMac stuck its fingers up at competing beige-boxed rivals by arriving in a cavalcade of brightly coloured plastic shells and the included colour-coordinated ‘hockey puck’ mouse was loved and loathed in equal measures.

The the first of two non-gadgets on our list (in company with Mac OS X Lion), the App Store brought software development to the masses, introduced the concept of sub-£1 mini games and brilliant single-purpose ikjprograms and meant you could upgrade your smartphone on the bus. Or play Paper Toss. Your choice.

The Nano’s transition from a skinny PMP to a pocketable camera capable of shooting YouTube-friendly clips with live effects meant we got all cheap video thrills and began twisting the knife into dedicated budget handheld camcorders. The only caveat? It wasn’t designed to be held like a video camera, and your videos inevitably featured cameos from blobby fingers.

Apple wasn’t at the forefront of true wireless earphones, but that hasn’t stopped what is now three generations of AirPods becoming the company’s most successful accessory. Their strength lay in the instantly recognisable appearance, which would go on to inspire an industry of knock-off products, and the ease at which they paired to Apple products. They were a breath of fresh air compared to notoriously finicky Bluetooth ‘buds of old, and would influence rival firms like Google and Samsung to step up their pairing game.

Apple’s minuscule first-gen Shuffle was so small Apple had to put a ‘do not eat’ disclaimer on their website. Ditching the screen and focusing on simplicity, it provided a handy solution for adrenaline junkies and gym buffs alike. The original plugged directly into your computer’s USB port.

Nicknamed the iLamp, the G4 won over many a gadgeteer’s heart with its stylish all-in-one minimalistic design and adjustable screen. Boasting an 800MHz processor with up to 80GB of storage space, it proved to have brains as well as beauty.

Apple’s then CEO John Sculley first coined the phrase PDA with reference to the Newton. The touchscreen and stylus combination served up a novel way to interact with technology but the flaky handwriting recognition and ahead-of-its-time concept ultimately lead to its demise.

Intent on changing the face of TV by delivering digital video to the living room, Apple TV provided an affordable way to stream your PC content and buy or rent movies on your telly. But the ‘iPod for TV’ wasn’t for everyone. It had a slick Apple UI and earned its streaming stripes, but asked users to lean heavily on the iTunes ecosystem, especially when – in 2010 – Apple dropped the hard drive.

Some say it’s still the best-looking iPhone to date, the iPhone 4 was shinier, faster and slicker than previous incarnations. It wore its industrial design (including scratch-resistant glass, hi-res Retina Display, two cameras and frame-integrated antennae) literally on its sleeve. Ultimately that proved its Achilles heel, prompting the lazily-labelled Antennagate ‘scandal’. Did it affect sales? Doubtful.

You know the drill by now: others tried it first and only the tech-obsessed took notice, but then Apple came along and everyone got on board. The Apple Watch quickly became the world’s most popular wearable, with slick integration between smartphone and smartwatch, plus a choice of increasingly expensive materials and straps. It treads the line between technology and fashion in a way no rival has managed to replicate.

Apple’s attention-grabbing iBook spawned the phrase ‘laptop envy’ when it stepped onto the scene at the backend of the ‘90s. Despite accusations of looking like a toilet seat, it took its design cues from the beauty of the iMac G3, came in a smorgasbord of colours and was truly portable. It was immensely popular – generating iPhone-like buzz in its day – but gave way to the the MacBook in 2006.

Not technically a gadget, but OS X Lion roared onto the scene as a download-only operating system – a first for Apple. And while it built on more significant advances in previous editions of Mac OS X, Lion felt more like Apple settling into its full, innovative stride. A generation of trackpad users had their world turned (literally) on its head, while the OS stormed ahead of Windows 7 in user friendliness and graphical ‘wow’. It shifted six million downloads in the first couple of months.

It’s hard to fully express how much Apple’s little white box changed gadgets. It had a massive 5GB hard drive with buffering so it wouldn’t skip and a fancy scroll wheel. It was white. And it would go on to change the way gadgets looked, how they were used and – in tandem with iTunes – the entire music industry. Not a bad effort.

Stepping in to replace the iBook and 12in Powerbook, the 13.3in MacBook was the first Apple laptop to have Intel inside. And it came in white (which seemed like a good idea for the first month) or black polycarbonate. A host of DIY YouTube videos sprung up to help owners replace hard drives, batteries and RAM – making us all feel like real men.

The G5 was Apple’s most powerful computer in 2005 and hailed as the first 64-bit PC. It was encased in that season’s bulletproof anodised aluminium shell, a form that proved irresistible to moneyed graphic designers, while being able to house 8GB RAM back in 2003 was something to email home about. At ridiculous speeds. It was replaced by the Mac Pro.

The iPhone that did away with the home button, in what was the biggest change to iPhones since it first appeared a decade earlier. In its place came Face ID, which remains the industry standard for secure facial recognition – even if a year of pandemic-enforced mask wearing would go on to put a damper on that particular tech for a while in 2020. The iPhone X also introduced the notch, for better and for worse. We got over it (eventually), and it’s still there on today’s iPhone models.

Sorry, Your Internet Connection Is Slow 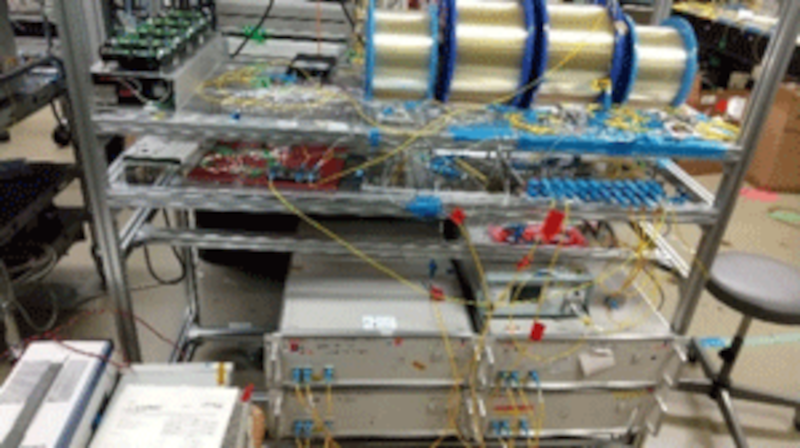