Someone in my house uses a 2017-era Samsung Galaxy Note 8. Yes, there’s a five-year-old smartphone in the Phone Guy’s house, and it’s not because I’m frugal: It’s because the person in question absolutely will not upgrade to a phone that doesn’t have a 3.5mm jack for wired headphones. If you or someone else in your household is in the same boat, this story is for you.

The death of the headphone jack is, in my mind, one of the most consumer-hostile trends the smartphone industry has pushed in the last decade. But we can’t stop it. Space is truly the final frontier inside a smartphone chassis, and removing the 3.5mm jack lets manufacturers stuff that space with more battery capacity or other necessities and sell us all profit-padding wireless earbuds. I use true wireless earphones, but, in many ways, they’re awful: they’re easily lost, they can run out of battery, and they take up more space in your pocket with their bulky charging cases.

With that in mind, we’ve gathered to top phones you can buy that still have an actual 3.5mm headphone jack. Keep in mind that we aren’t including every phone we’ve reviewed with a 3.5mm port, just the ones we recommend. Read on for our top picks, followed by what to consider when shopping for a phone with a headphone jack.

Recommended by Our Editors

The Google Pixel 5a 5G was Google’s final phone with a headphone jack. In terms of smoothness, support, and camera quality in the midrange Android world, there’s nothing like a Pixel. This phone provides the pure Google experience many seek, and the camera on this phone is easily as good as cameras on phones that cost twice as much.

The Pixel 5a may be rolling off of carriers’ official product lines with the recent introduction of the Pixel 6a, but the newer Pixel has no headphone jack. But when I say “discontinued,” you should just hear “discounted.” Google intends to support the Pixel 5a 5G for a few more years at least.

This is our top pick for a phone with a headphone jack that won’t break the bank. Other phones might have better 5G, a zoom lens, or a bigger screen. But a Pixel won’t slow down and will continue to get excellent software and security support from Google.

Google Pixel 5a With 5G Review

Samsung is one of the two dominant players in the US phone market and many people are familiar with the company’s devices from both a hardware and software perspective. The Galaxy A32 5G was one of the best-selling phones last year. It’s an all-around solid performer from the most popular Android manufacturer. If you’re comfortable with Samsung phones and don’t want (or need) Verizon’s new C-band 5G (see the A52 5G below), then this is your default choice for a phone with a headphone jack.

Samsung owners who don’t want to learn a new way of doing things (and especially those with an aging Galaxy S) can jump on board with 5G networks and get several more years’ worth of software support with this handset.

Battery life is a top complaint when we survey smartphone users. Good news, then, that the affordable Moto G Power has a very big battery. The 5,000mAh cell lasts between two and three days per charge. Motorola also always offers a relatively clean Android software experience. The phone has a headphone jack, too.

This is a top choice for AT&T or Verizon customers on a tight budget or who have a lot of battery anxiety. Just keep in mind that this phone is 4G-only and that a bunch of cool, inexpensive, and 5G-ready options exist for T-Mobile customers.

Best for Fast-Charging in Style

OnePlus has a long reputation for making sleek, affordable phones, and its Nord budget line has done well at T-Mobile. This model has lengthy battery life, supports faster charging than competing Samsung phones, sports a colorful AMOLED screen, and runs smoothly. Naturally, it also has a 3.5mm headphone jack.

If you’re looking for a budget option on T-Mobile and don’t care about getting future versions of Android (there’s not much upgrade potential here), this phone has faster charging and a better screen than Samsung’s A32.

Best for a Dazzling Display

The eyes may be the window to the soul, but the screen is the window to the internet. TCL is best known in the US for its TVs with top-notch value screens. The display on this midrange phone is a real standout. The TCL 20 Pro also just looks really good, which I don’t want to discount. Alas, it works best on T-Mobile.

Do you subscribe to T-Mobile or a T-Mobile-derived carrier? And do you watch a lot of videos on your phone? Pair this handset with a nice pair of 3.5mm wired headphones for a truly cinematic experience.

Like a 3.5mm headphone jack, a built-in stylus is a niche feature that a small, but passionate, group of people can’t live without. Right now, only a few US phones have styli that slot into the body of the phone. The Samsung Galaxy S22 Ultra is one alternative, but it lacks a headphone jack (and costs a lot of money). You can also opt for the TCL Stylus 5G, but we weren’t as impressed with that device’s stylus experience as we were with the Motorolas’.

Artists and note-takers. Some people just think and work better with a pen in hand than tapping frustratingly on a piece of glass with their finger. Put on those 3.5mm wired headphones and sketch your masterpiece.

Best for Budget Shoppers on T-Mobile

The OnePlus Nord N200 has a responsive 90Hz display, mid-band T-Mobile 5G, and a headphone jack. But the real reason we picked this phone is that T-Mobile tends to give these away like candy. The N200 has a better screen, faster processor, and better performance than other phones you’re likely to get for free. Just make sure you don’t overpay.

You have no money. You need a new phone. Go forth and plug those $7.99 Walgreens headphones into this bad boy.

Of all the phones in this roundup, only the Galaxy A52 and the Moto G Stylus 5G support Verizon’s new C-band 5G network. C-band is already making a big difference in Verizon performance, often tripling speeds where we saw it on our Best Mobile Networks nationwide drive. Verizon is building it up fast and recently added coverage in 30 new cities.

If you intend to use your phone as a Verizon hotspot, you want C-band as it makes a noticeable difference. The A52 is perfect for Samsung brand loyalists who want to work remotely on their laptops (via Samsung DeX mode) and rock out with wired headphones.

This is an extremely fringe phone from a company that no longer makes phones and it’s totally unlike anything else on the market. It swivels into a “T” shape, has a built-in gimbal, is really thick and heavy, and likely won’t get much software support in the future. But LG is well-known for providing a quality audio experience through 3.5mm headphone jacks. This phone, notably, supports mid-band 5G on Verizon and T-Mobile, plus works well on AT&T’s 4G. And the best part is that you can still find the device from third-party stores at a surprisingly reasonable price.

There’s an absolute weirdo at every party.

All of the major US smartphone vendors have now abandoned 3.5mm headphone jacks on their flagship phones. And many of the high-end phones available abroad with a headphone jack simply won’t ever sell here because they don’t have the proper certifications. On the other hand, the Asus ROG Phone 6 Pro, which will indeed arrive stateside later this year, promises both top-notch specs and a physical audio connector with a 15V Cirrus Logic amplifier for outstanding wired headphone performance. This phone can throw down, blow for blow, with an iPhone 13 Pro Max or Samsung Galaxy S22 Ultra.

The Sony Xperia I IV might also fit in this category. We haven’t seen a US-compatible model of that phone yet, but Sony says one should arrive later this year. In general, the ROG is more focused on gaming performance, whereas the pricier (and smaller) Xperia I IV should appeal more to photographers and videographers.

Both the ROG Phone 6 and the Sony phone are expensive and won’t be available through carriers. These handsets are for uncompromising technorati. You know what you want, you don’t want to make compromises, and you have deep pockets.

Why Are Phones Removing the Headphone Jack?

It has become difficult to find a flagship phone in the US with a headphone jack. The old 3.5mm plugs seem to be déclassé to high-end vendors, which want you to go wireless. You have to turn to obscure, expensive devices like the Asus ROG Phone 6 Pro gaming phone or Sony’s upcoming, super-expensive Xperia I IV to find a jack at the top of the market. You definitely pay extra for your niche taste.


The Asus ROG Phone 6 Pro is the only flagship we’ve reviewed recently with a headphone jack.
(Credit: Dave LeClair)

You have more headphone choices in the sub-$450 segment than you do in the $500-plus market. Manufacturers here seem to understand that buyers of affordable phones may not be willing or able to spend their money on true wireless earbuds—or they may just prefer older designs that have more room for the plug. Google and Samsung both have only recently abandoned the plug in their midrange models this year, but their 2021 devices are still excellent. Meanwhile, Motorola, OnePlus, and TCL all still sell current handsets with a 3.5mm headphone jack.

You might notice that there aren’t any iPhones in this roundup. iPhones haven’t had 3.5mm jacks since 2016, and we don’t recommend any phone that old any longer (mostly due to limited or ending software support). I think Apple’s calculus for getting rid of the jack was a little different than Android phone makers’—instead of saving space for the battery, I suspect it was more about making money from its Made for iPhone licensing program for Lightning port headphones and, later, AirPods. But the effect was the same.

Can You Use USB-C Headphones on a Phone With a Headphone Jack?

USB-C headphones exist, although they’re hard to find. I use Razer Hammerhead USB-C earbuds(Opens in a new window) or Samsung’s AKG-branded models(Opens in a new window) sometimes. You can also get a 3.5mm-to-USB adapter for your phone easily. But with something plugged into the USB-C port, you can’t charge your phone and listen to music simultaneously. Again, there are some trade-offs to be made when using a phone with a headphone jack these days. 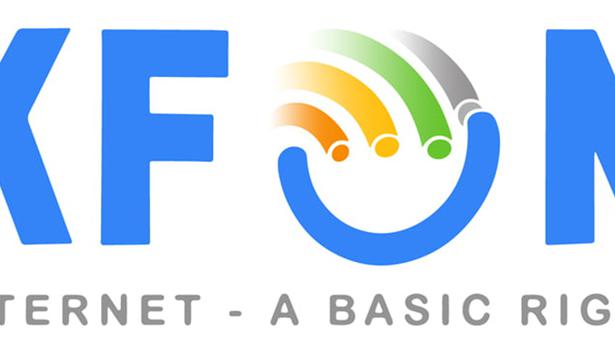